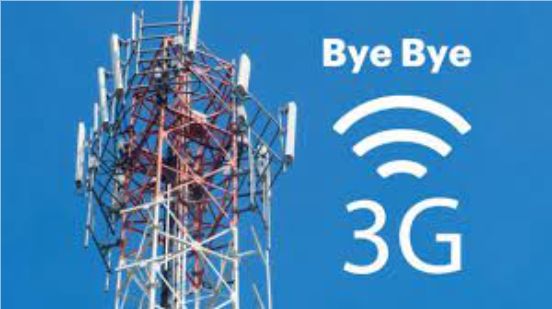 With AT&T’s 3G network shutting down next week, and other carriers following suit later this year, a range of products require updates to continue working, including some home alarm systems, medical devices such as fall detectors, and in-car crash notification and roadside assistance systems such as General Motors’ OnStar.
Just as many mobile carriers have urged customers to swap their older 3G iPhones, Android phones, e-readers and other handheld devices for newer models ahead of the shutdown, other businesses are urging customers to upgrade or replace some of the everyday products and services in their homes and cars before they drop connectivity.

If left unaddressed, the stakes could be high in certain cases. Millions of cars, for example, may no longer have the ability to contact first responders after a collision or receive updates such as location or traffic alerts for built-in GPS systems. Some vehicles, including Chevrolet, Buick and Cadillac, have software upgrades for drivers to connect their systems to a 4G network, but other models will reportedly lose this feature for good.

WHAT COMPANIES ARE DOING ABOUT IT

Some industries are better set up to handle the change. Many home security companies, for example, have been migrating their subscriber bases from 3G to 4G over the past two years. “From the most recent industry discussions I’ve participated in, it appears most US home security dealers have migrated 100% or very close to 100% of their subscribers so it’s not on most providers’ to-do lists any longer

Some companies started reaching out to their customers over the past 2 years informing them that service would soon shut off, but as of 6 months ago, many products still haven’t gotten around to replacing them yet.

The auto industry is in more of a gray area. In addition to software upgrades, some automakers are offering consumers newer parts to add to existing technologies to get them running on 4G.

WHAT YOU CAN DO ABOUT IT

As a general rule, most cars built in the last five years with connectivity are using 4G modems.

If the car does use 3G, ask the manufacturer if there is an upgrade program and, failing that, contact the carriers, which can provide an adapter with a modem that can be plugged into a vehicle.

Last month, AT&T and Verizon turned on C-band 5G networks, an important set of higher radio frequencies that will supercharge the internet. The change will allow users to, for example, stream a Netflix movie in 4K resolution or download a movie in seconds.

For those worried about seeing 4G household devices phased out, don’t be the shut down of 4G networks won’t happen anytime soon.