Blog > When Getting Hacked Helps

When Getting Hacked Helps 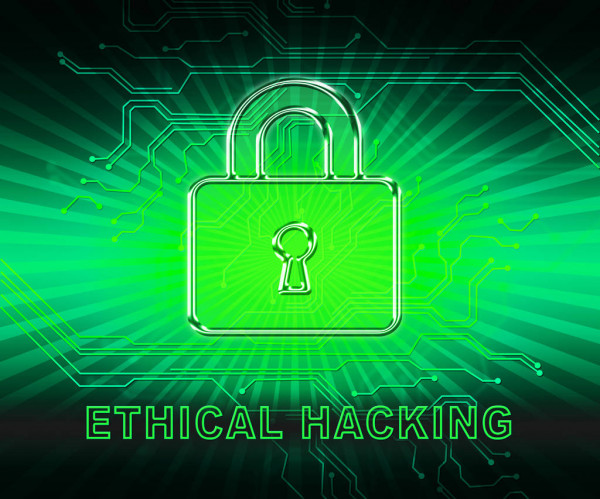 What comes to mind when you hear the word “hacker”? If you’ve seen a lot of movies, you might think of some un-showered criminal in a hoodie typing away in a basement full of wires, or something of the like. But did you know that thousands of hackers work openly and professionally for legitimate companies and institutions?

This type of hacker, also known as a “white hat” hacker, engages in ethical hacking – a practice in which an organization authorizes a security expert to attempt to gain unauthorized access to its data system or network. The goal of this attempted intrusion is to uncover potential vulnerabilities in the system and subsequently amend them to protect against malicious hackers, also known as “black hat” hackers.

As companies face increasing cyber-security threats, ethical hacking has become progressively important to safe and smart IT procedures. In fact, the Bureau of Labor Statistics predicts an increase of 41k new jobs in information security (infosec) by 2029, much of which is being fueled by the need for ethical hacking.

In this article, we’ll review the importance of appreciating modern cyber threats and how ethical hacking serves as a diligent method of protecting against them.

A cyber-security attack refers to any intentionally hostile effort to breach the informational system of a person or organization, usually for the benefit of the breaching party and to the detriment of the breached party. Just during COVID-19 alone, cybercrime has risen by 600%, and cyberattacks are expected to double worldwide by 2025. Even worse, the rate of prosecution for these attacks is expected to remain below half a percent.

With minimal follow-through on prosecution, the name of the game is prevention and containment – and it pays. Successful cyberattacks cost organizations both immediately and longitudinally by disrupting assets, productivity, reputation, legal liability, and continuity of business. Companies that can contain a breach within 30 days can save millions in losses, and those that prevent it can avoid these financial consequences altogether.

Given the complexity of informational systems, there are a variety of entry ways – often called vectors – for cyber attackers to exploit. These vulnerabilities include:

Thankfully, ethical hacking can successfully identify channels that are susceptible to intrusion, enabling IT engineers to resolve them before being exploited by a cybercriminal.

How Does Ethical Hacking Work?

Ethical hackers assist organizations with cyber security protocol in several ways. As discussed earlier, their work largely involves exposing the aforementioned system vulnerabilities to remedy any weak points. Some methods to accomplish this are:

Unlike malicious hackers, however, ethical hackers may still operate under certain restrictions as dictated by their clients. For instance, organizations may implement parameters for an attack when testing its safeguards, such as limiting those testing methods that could crash servers.

In researching ethical hacking, you may encounter the term “penetration testing” or “pen testing”. These terms refer to a process of system testing similar to that performed by ethical hackers, even encapsulated by it. However, it should be noted that penetration testing typically focuses on assessing specific aspects of a system or assessing on a specific schedule, whereas ethical hacking generally encompasses holistic ongoing security vigilance.

Any hacker that violates these guidelines cannot claim the title of “ethical”. Though their intent may not be sinister, they may end up doing more harm than good by ignoring these considerations.

Who are Ethical Hackers?

Ethical hackers are an eclectic bunch, ranging from college graduates to self-taught professionals. That said, any legitimate ethical hacker should be well-versed in a variety of computer skills and knowledge, including scripting languages, operating systems, networking, and general principles of information security. Specialization in one or more of these hacking domains is common for this line of work and can be verified through industry certifications.

The Best Choice for Ethical Hacking

Given their eclectic nature, finding a reliable ethical hacker may feel daunting. That’s why those seeking ethical hacking services should turn to a Managed Security Service Provider – a professional organization of infosec specialists that will supervise and manage network and system security. Outsourcing to an MSSP offers a multitude of benefits, among them:

Essentially, the upside of MSSPs is threefold: you’ll get the help of dedicated experts, you’ll save money, and ideally, you’ll find protection suitable for the size and needs of your operation.

Considerations for Choosing an MSSP

While trusting your security needs with an MSSP is your best bet, there’s still the matter of choosing which MSSP is right for you and your organization. There is a range of factors that you should consider, as with any substantial decision.

First, and most obviously, examining the reputation of an MSSP is essential. How long has this particular MSSP operated? How successful have they been? Do they have references?

Second, it’s important to question the logistical fit between your organization and an MSSP. Does these MSSP service clients similar to your enterprise, or does your enterprise differ from their other clients in size or other criteria? The latter may indicate that this MSSP is inexperienced in handling the needs of firms like yours.

Third, ensure the MSSP operates with transparency, especially about their policies and methods for handling sensitive data. After all, you don’t want to hire a security company that’s just as shady as the criminals you’re trying to protect against.

As mentioned, this list of considerations is not exhaustive but certainly essential to the decision process. For suggestions, you can find a grouping of top-recommended MSSPs here.

Time for an Ethical Hackin’

Phew, that was a lot, but informing yourself is the first step to creating better cyber-security for you and those you represent.

Ethical hacking is more vital now than ever.